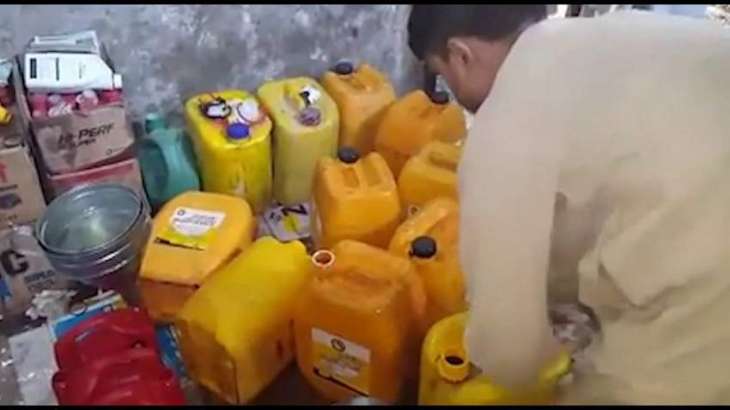 During raids they found the packing of fake mobil oil in the packing of renowned and branded companies on which they arrested two persons while the packing machinery, empty packets, stickers and other packing materials was taken into possession.

Hundreds litres of fake mobil oil was also taken into possession. The accused were packing the fake mobil oil of the renowned companies. The people present on the occasion appreciated the performance of the district administration and industries department.

According to the DC Peshawar, the mobil oil was injurious for the engines of the vehicles and was creating faults in the vehicles. He said that similar raids will also be conducted in other areas of the district. He directed the officials of the district administration to pinpoint such factories in their respective areas. So action would be initiated against them.